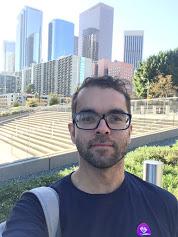 João was born and raised in Rio de Janeiro, Brazil, where he obtained a Law degree from the Universidade Federal do Rio de Janeiro (UFRJ). During his law school years, he had two internships in the private sector -- one at a major Brazilian law firm and another one at the Brazilian branch of BG Group, a British multinational oil & gas company, where he had contact with professionals from various nationalities and had the chance to deal with complex contracts. Also during his law school years, João attended a legal summer course at the Justus-Liebig Universität in Giessen, near Frankfurt, Germany.
Due to João’s interest in human rights, after graduating from law school he decided to apply for a position in the Public Defender’s Office, a state body which provides legal assistance to those who cannot afford a lawyer. After passing an exam for such position, João became an analyst at this body in 2015. The social complexities seen in civil service and growing interest in the social sciences eventually led João to earn an MA degree in Human Rights on Public Policy at UFRJ in September 2017.
Since 2017, João has been attending the MA program at UCSB, discussing the implications and contradictions of the renovation project that sought to remodel Rio de Janeiro's port area, in special in relation to the area's history as a past slave trade complex. In his ongoing thesis project, João is discussing issues concerning the memorialization of the Valongo Wharf, declared by the UNESCO as the reminiscent of the Americas' largest slave port. João expects to graduate in June 2019.

João is currently interested in the impacts of major events in urbanism and the influence of ideologies in urban planning.