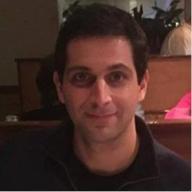 Role of China and India in Sub-Saharan Africa

Founder-editor of the Journal of Punjab Studies (now Journal of Sikh and Punjab Studies), in publication since 1994. The Journal has been published by the Center for Sikh & Punjab Studies at UC Santa Barbara since 2004. Also one of the founders and later Convenor of the Punjab Research Group which was established in the UK in 1984.

He has published widely on Indian, Punjabi and Sikh migration and on transnational practices of Sikhs, especially Sikh diaspora’s homeland relations. He is co-author (with Michael Fisher and Shompa Lahiri) of A South Asian History of Britain: Four Centuries of Peoples from the Indian Sub-Continent, (Greenwood Press, 2007). He has co-edited two books: Punjabi Identity in a Global Context [ed. with Pritam Singh, OUP, 1999) and People on the Move: Punjabi Colonial and Post Colonial Migration [edited with Ian Talbot, OUP, 2004).  He is currently working on a book on Global Sikhism.