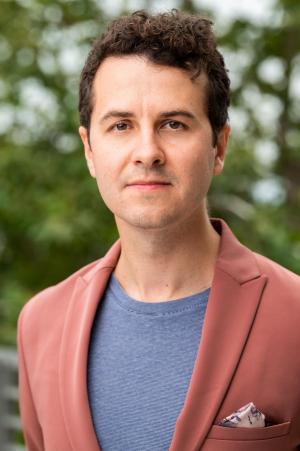 Vladimir Hamed-Troyansky is an Assistant Professor of Global Studies at the University of California, Santa Barbara. He specializes in global migration and forced displacement and the history of the Ottoman and Russian empires and their successor states. His research interrogates the relationship between refugee mobility, political economy, and ethnic cleansing, which were critical to the making of the modern Middle East and Eastern Europe.

In 2022-23, Dr. Hamed-Troyansky serves as Vice-Director of the Center for Middle East Studies.

Dr. Hamed-Troyansky’s forthcoming book, Empire of Refugees: North Caucasian Muslims and the Late Ottoman State, examines the resettlement of Muslim refugees from Russia in the Ottoman Empire prior to World War I. His project revisits late Ottoman history through the lens of migration and excavates the origins of refugee resettlement in the modern Middle East. Between 1860 and 1914, about a million North Caucasian Muslims, primarily Circassians, Chechens, and Daghestanis, arrived and were resettled throughout the Ottoman Empire, from territories of modern-day Bulgaria, Romania, and Greece in the west, through Turkey, to Syria, Iraq, and Jordan in the east. His work demonstrates that state support—in the form of financial aid, infrastructural development, and legislation—was critical to the economic success of refugee resettlement.

Dr. Hamed-Troyansky conducted archival research in over twenty public and private archives in Turkey, Jordan, Bulgaria, Georgia, Armenia, Azerbaijan, Kazakhstan, Kyrgyzstan, the United Kingdom, and Russia, including the autonomous republics of Dagestan, North Ossetia-Alania, and Kabardino-Balkaria. He works with sources in Arabic, Ottoman and modern Turkish, Russian, and Bulgarian. His research has been supported by, among others, the National Endowment for the Humanities, the American Council of Learned Societies, and the Social Science Research Council. He held residential research fellowships at the American research centers in Amman and Sofia.

Dr. Hamed-Troyansky welcomes graduate projects in global refugee history and the modern history of the Middle East and the Caucasus.

"Imperial Refuge: Resettlement of Muslims from Russia in the Ottoman Empire, 1860–1914." Stanford University, 2018.

GLOBL 292IB Displacement in the Middle East and Russia/Soviet Union