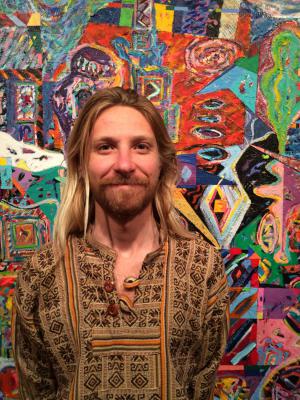 Miles is from Los Angeles, CA and received his undergraduate degree from UC Santa Barbara in 2012. Miles graduated with a major in environmental studies and a minor in Spanish literature. When presented with the opportunity to study abroad, he immediately accepted and found himself transplanted to the bustling Chilean capital of Santiago.

Miles became so immersed in this new reality that he extended his year-long study abroad program, becoming the only UC student to study in Chile for a total of three semesters. During this time, he developed a passion for Latin American culture and society and began to investigate the many social and environmental challenges of the region. After graduating from UCSB, Miles returned to Chile and taught in two different public schools through the Ministry of Education’s English Opens Doors Program.

As Miles began his graduate career with the UCSB Department of Global Studies, he was captivated by a different Latin American country, this time Cuba. Following the reestablishment of diplomatic relations with the United States, many predicted Cuba was headed for large-scale economic change. Through ethnographic field work, Miles sought to understand how measures taken to decentralize the Cuban economy had affected the lives of individuals. Miles focused his investigation on farmers markets where entrepreneurs sell at prices determined by supply and demand, and he compared these markets to others where the state is the primary seller. His research also examined how market measures were integrated into the overarching socialist ideology of Cuba and how official views changed over time in accordance with the country’s financial circumstances.

Miles served as a teaching assistant for Professors Mark Juergensmeyer, Philip McCarty, and Jan Nederveen Pieterse. He also worked in New York City as an intern for the Clinton Giustra Enterprise Partnership, an initiative that seeks to achieve poverty alleviation at scale, primarily through linking small-holder farmers to supply chains and providing best agricultural practices. Miles plans to build upon these experiences and further his education in the coming years. He seeks to share his M.A. fieldwork with other scholars and aspires to produce a series of publications over the course of the next year.