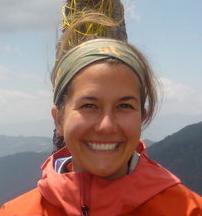 Kellie Shay Hinze was born in Aberdeen, Scotland. From there she attended the Vienna International School where she participated in a community that celebrated diversity and promoted multiculturalism. Kellie studied psychology, Portuguese, Spanish and German in her undergraduate career at University of California, Santa Cruz, during which time she also studied abroad in Costa Rica and Brazil. In Brazil, Kellie observed social programs designed to narrow gaps between socio-economic levels through education; In Costa Rica, she worked directly in schools, hospitals and orphanages to create programs that would psycho-socially benefit children.

After traveling in Mexico for several months Kellie earned a Master's of Education from UC Santa Barbara with a certificate for bilingual education. With that credential she was able to teach elementary school in the Himalayan Kingdom of Bhutan. In Bhutan, Kellie watched her students dance to Michael Jackson and eat Frito Lay chips. Observations like these in one of the most remote countries in the world struck her about the inevitability of globalization.

Kellie's interest in the MAGIS program comes from the desire to see positive effects of globalization emerge through education and stewardship of the environment. She believes that with an ideological framework to interpret the ripple effects of interdependent events plus engagement in practical solutions that MAGIS inculcates, individuals are prepared to participate positively in a dynamic global society.

Summer and fall 2012, Kellie interned for Selva Rica, an environmental organization in upstate New York. There she, along with fellow MAGIS grad Enrique Villa, learned how to use filmmaking to bring to light issues that may otherwise go unnoticed. She spent the rest of her field study in Mexico studying the impact of Wal-Mart in indigenous communities.

Kellie completed her thesis, "Perceptions from People in Southern Mexico About Wal-Mart" in Fall 2013.

Acknowledgements:
Worker Rights Consortium, 2013. Global Wage Trends for Apparel Workers, 2001-2011. Paper recently presented at the Just Jobs conference in New Delhi and is currently a working paper at the Center for American Progress.