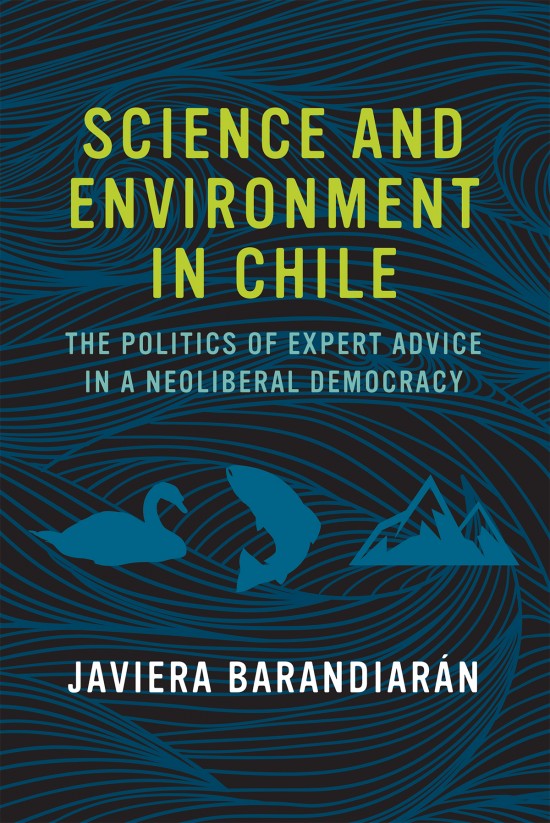 In Science and Environment in Chile, UCSB Global Studies Professor Javiera Barandiarán examines the consequences for environmental governance when the state lacks the capacity to produce an authoritative body of knowledge. Focusing on the experience of Chile after it transitioned from dictatorship to democracy, she examines a series of environmental conflicts in which the state tried to act as a “neutral broker” rather than the protector of the common good. She argues that this shift in the role of the state—occurring in other countries as well—is driven in part by the political ideology of neoliberalism, which favors market mechanisms and private initiatives over the actions of state agencies. Chile has not invested in environmental science labs, state agencies with in-house capacities, or an ancillary network of trusted scientific advisers—despite the growing complexity of environmental problems and increasing popular demand for more active environmental stewardship. Unlike a high modernist “empire” state with the scientific and technical capacity to undertake large-scale projects, Chile's model has been that of an “umpire” state that purchases scientific advice from markets.
After describing the evolution of Chilean regulatory and scientific institutions during the transition, Barandiarán describes four environmental crises that shook citizens' trust in government: the near-collapse of the farmed salmon industry when an epidemic killed millions of fish; pollution from a paper and pulp mill that killed off or forced out thousands of black-neck swans; a gold mine that threatened three glaciers; and five controversial mega-dams in Patagonia.
Praise for Science and Environment in Chile:
"What is the relationship between science and democracy? Barandiarán offers compelling answers to this question by exploring what happens when a 2600-mile stretch of the planet is governed by a state that embraces free-market ideology while experiencing rapid industrialization and growing social demands for sustainability. Chile's experience carries important lessons for anyone concerned with the role of science in environmental policy."?Paul Steinberg, Professor of Political Science and Environmental Policy and Malcolm Lewis Chair of Sustainability and Society, Harvey Mudd College
"Barandiarán sheds new light on neoliberalism in practice. Science and Environment in Chile is an essential text for understanding the relationship between economic ideology and scientific expertise."?Eden Medina, Associate Professor of Informatics and Computing, Indiana University Bloomington, author of Cybernetic Revolutionaries: Technology and Politics in Allende's Chile (MIT Press)
"In this fascinating study of environmental governance and resource extraction in Chile, Barandiarán shows us that the privatization of knowledge production has been surprisingly central to the functioning of the neoliberal state and the construction of social order. She examines what happens, ecologically and politically, when states no longer bother to produce credible environmental knowledge but instead contract out the work of producing authoritative claims."?Rebecca Lave, Associate Professor, Department of Geography, Indiana University Bloomington
Order your copy here: https://mitpress.mit.edu/books/science-and-environment-chile

Science and Environment in Chile